Lessons, inspiration, and motivational nuggets from our daily teacher, LIFE. 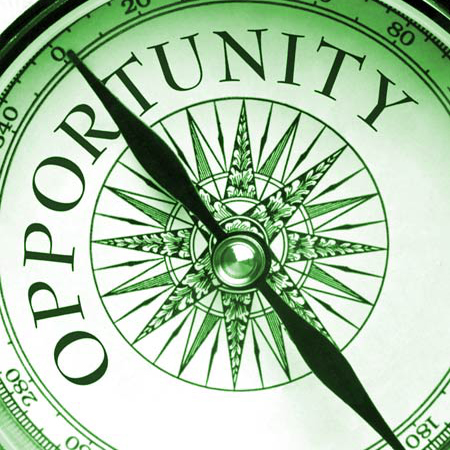 Life has a tendency of throwing at us the most random unfortunate circumstances at the most inopportune moments (then again, is there ever a good moment for it?). Simple things become complicated as everything seems to fall apart, and suddenly we are faced with something that we didn’t expect, and aren’t too fond of.

But just because something happens at an inopportune moment, doesn’t mean that an opportunity can’t be made out of it. Take for example the collapsed office desk from this past week. While shifting something around on the desk, the entire thing collapsed bringing down the computer, books, CDs, papers, everything that was on the desk ended up on the floor. The office was a complete mess. And yes, at first it was very frustrating to have to cancel the day’s plans in an effort to clean things up.

Despite this very unfortunate circumstance, an opportunity presented itself. This opportunity was called “clean up the office”. Once the broken pieces of the previous desk were moved out and little items were removed, there was a whole empty room to re-create. Fortunately, we had a desk in the basement to replace it, and once we had done that, returning the items that had fallen in the collapse seemed…fun! Here was a chance to reorganize an office that had been somewhat untouched for years. Papers had piled up, old things had been stored away, it was the pack rat’s dream!

But putting things back together gave us a chance to reorganize the office in a more efficient, effective, cleaner looking way. It was a chance to take all the many computer wires that were hidden from view but entangled, and untangle them, organize them, so that the next time we wanted to change something around it would be much easier.

Every unfortunate circumstance brings with it a potential opportunity. They can trigger an opportunity to create something even better than what was there before. They can trigger a chance for reflection, give us a well earned pause in life. Irritating as these unfortunate happenings may be, they offer us a chance to adapt, to grow, to consider things we had not considered before. Whether it’s a new layout, or cleaning out an office (which was very much needed by the way), the unfortunate can become a blessing if we look at what opportunities it can present to us.

It’s no surprise that the Chinese symbol for “crisis” is composed of two symbols representing danger, and opportunity.

Whether or not life is a random set of circumstances, or whether it is all pre-determined by some higher force, is completely irrelevant. What is relevant is how we react to these changes, and how we make the most of them to better our circumstances, better our surroundings, and better ourselves as people.

The key to adapting to any unfortunate circumstance, is to find the opportunity hidden within…