Lessons, inspiration, and motivational nuggets from our daily teacher, LIFE.

“The only remedy to a paralyzing fear, is action.”

Ever have a moment where a crippling fear takes hold of your body and you’re trapped like a dear in headlights? There are some things that we encounter in our lives that seem to grasp us before we know it. The problem is that once we’re caught in its grasp, no amount of logic or rational appear can free you. Some fears can be overcome that way, but this paralysis can’t. Maybe its a moment before public speaking. Maybe its saying hello to a stranger. Maybe its speaking to a senior. Whatever it is, your body completely betrays you and you’re frozen.

There are many reasons why your body freezes, and many of them probably have some social or biological root. But no matter what the reason is, the remedy is the same…When fear forces your body to stop, you just have to keep moving. You can’t deliberate, you can’t think, you can’t try to rationalize. All you have to do is act.

The more you think, the more you rationalize, the bigger the fear can grow feeding on the same logic that you’re hoping will pull you out. Sometimes the only cure for a crippling fear isn’t motivation, or inspiration, or words: it’s willpower to act in an almost unconscious, instinctive way. 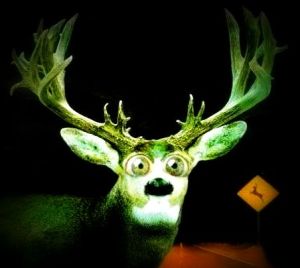 One thought on ““The only remedy to a paralyzing fear, is action.””